Freelance Product Designer: When is it best to outsource design and development?

Blue-Reed, LLC > Blog > blog > Freelance Product Designer: When is it best to outsource design and development? 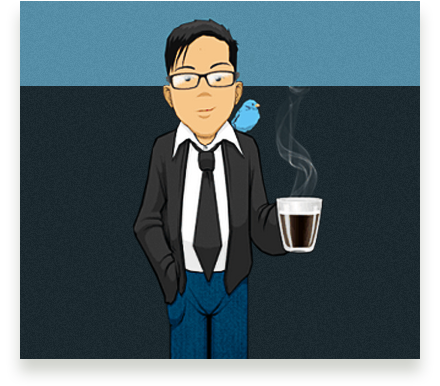 When to Choose a Freelance Product Designer

Whether the process is Rotomolding, injection, blow or thermoforming, if you have an idea for a new plastic part or an assembly of parts, you will need it designed for any one or all of those processes and a freelance product designer might be a good fit. Despite what people may think, developing a new part is not a quick endeavor and chances are you aren’t a designer and one doesn’t work for you. If this is the case, then hiring a freelance product designer might be the right decision for you.

Most times, before actually having the part designed, you have to determine if there is a market for what it is you want designed. Other times the part has to be designed so that it can be test marketed to determine its appeal. A freelance product designer can do the designing for you. You may know how you want the part to look and what you want it to do, but you probably don’t know the ins and outs of the different processes, where the parting lines should go, where you might need a feature to reinforce the strength of the plastic or even what properties you need the plastic to have. Do you know which process will make your part in the amounts per year that your market survey says you should expect to sell within a year? A plastic product designer will be able to tell you.

Getting into the nitty gritty of what the part does and how it works, you might need to know if your part will be strong enough to do the job you want it to do, but what material is needed and will it be strong enough to do it? A product designer will be able to recommend a couple of different materials and then run Finite Element Analysis (FEA) on it to determine if the plastic material will be able to take the loads that the part is going to see. A freelance product designer will be able to tell that will the addition of a rib here and a hole there; the product will be stronger and will exceed expectations. If you need a hollow plastic tank designed to hold a liquid with a high specific gravity for a year, he/she will be able to tell you that the creep expected from the properties of the plastic, as told from FEA, will have this much deflection at these spots and the stresses will be beyond the rating of the resin. All of this can be figured out well before the high expense of an injection mold or the lesser expense of a rotational mold is made.

The following is an example of how I, a freelance product designer, helped a client. The client contacted me telling me he had designed a 330 gal IBC tank that mounted to a plastic skid that also doubled as a 30 gal water tank. He had a friend that knew SolidWorks and modeled it up for him. He knew that it fit rotational molding and that there were some problems with it and wanted me to take a look at it. I took a look at the file, but there was no draft at all on any of the walls, there were no ribs for large flat areas and other major areas of concern. I told him that I would have to redesign it for the process. He told me more about how the tank/skid assembly would be transferred from spot to spot by truck. I then had to tell him that the assembly would have to pass DOT testing requirements. This meant that the IBC and skid would have to be designed to withstand more than just the weight of the product contained in them. It means that the assembly will have to be designed to withstand a fall from a height of 8 ft. onto the weakest corner of the skid after the plastic has been frozen. This involves FEA to a high degree and it means that whoever does the FEA has to know what they are doing. If the client hadn’t hired a design firm, he may have had the parts made and found out then that he had to pass those tests and I’m certain they wouldn’t have.

The upshot of all of this is that if you have an idea and you want to get it made into reality, you need to hire a freelance product designer. The designer won’t add to your overhead if you own a company. The designer can in fact probably save you a lot of money by knowing the different processes and designing the part to run economically in that process and additionally know or be able to determine if your part will be strong enough for the job it’s supposed to do. When you do hire a product designer, like Blue-Reed, LLC, they can meet remotely with you and your team with Go To Meeting and share his screen with you and show you what has been accomplished and answer any questions you might have. The designer can concentrate exclusively on your project and not be distracted by day to day production problems that an internal staff member at your company may have. Make sure to hire an experienced designer. He/She will be able to provide you with an estimate upfront of what their design fees should be so you can budget accordingly. In the end, a designer will save you money and make your idea a reality.