Rotomolding: A Comparison of Rotomolding to Other Processes

Blue-Reed, LLC > Blog > blog > Rotomolding: A Comparison of Rotomolding to Other Processes 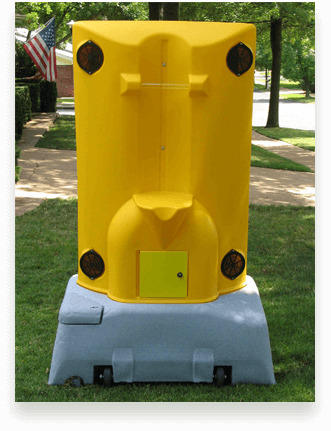 Rotomolding as a process is typically thought of as a means of creating large hollow parts. Anything from gas tanks for lawnmowers to playground slides to 1000 gal storage tanks. It’s a great molding process, but how does it stack up to other molding processes? When talking about molding processes it’s hard to talk about them without mentioning the tooling that is used to make the actual molded parts, quantities produced from those molds and some of the properties that come with that process or materials used.

Rotomolding Compared to Blow Molding
The first process that we’ll compare with Rotomolding is blow molding. Both processes produce hollow parts, but from entirely different ways. Rotomolding uses three different types of molds, fabricated, machined and cast aluminum. For this discussion, we’ll use cast molds as they make up the majority of molds being used in Rotomolding. Blow molding uses mainly more complicated machined molds with cooling lines and pinch-off points. The cost of a comparable in size blow mold could be approximately 6 to 7 time that of a Rotomolding tool. The minimum number of parts per year that would justify the process would be 30,000 parts and up. That is out of a single mold. In Rotomolding, you can get 2,000 to 4,000 parts per year out of a single mold. To increase production, you have to get multiple molds of the same part. To match the same production out of a single blow mold, a rotomolder would have to have 8 to 15 molds. That isn’t unheard of and is done quite often at companies such as Step2.

Rotomolding Compared to Twin Sheet Thermoforming
Twin Sheet thermoforming is another molding process that makes hollow plastic parts. The number pf molders that do the Twin Sheet process is small. An advantage to twin sheet thermoforming is that the material selection is larger and you can use two different color sheets on the same part. One half of the part could be red, the other half blue, for example, since you would be using two different sheets of material to accomplish this process. The same can be said of wall thickness. One side of the part could be 3/8” thick for the outside of the part for example, with the opposite side or inside of the part being 3/16” thick. Although twin sheet thermoforming has a lot faster cycle times than that of Rotomolding, it’s hard to compare because you generally have the added step of CNC trimming that you may not have with the Rotomolding process. The costs of the tooling are generally more expensive because of the addition of water lines for cooling the mold halves. You should also consider single sheet thermoforming and glue and bolt the two halves together to form a hollow part. The cost of the tooling is comparable to that of Rotomolding and you have the same material choices as that of twin sheet. There is very little mold maintenance also.

The last option to consider is plastic fabricators. These companies use plastic sheet and cut and trim and in some cases, bend the plastic to create enclosures, boxes, panels, trays and housings. There are no molds, so there aren’t any tooling costs. The shapes aren’t very complicated, normally. They are repeatable, so they are good for prototyping and small ad short run parts. There is a wide variety of different materials available. You can even have plastic sandwiched between two pieces of metal. This process just isn’t viable for large runs when compared to Rotomolding or any of the other processes mentioned previously.

To sum up the processes: Injection molding has a wide variety of materials and very expensive tooling, but very low piece part price and a very high production rate of parts per year. Blow molding has less variety of materials and a tooling cost that can be 6 to 7 times that of Rotomolding. It has a high production rate of 30,000 arts per year, not so high as to rival injection molding and has a lower piece part price than Rotomolding. Twin sheet Thermoforming and single sheet Thermoforming tooling is generally more expensive than that of Rotomolding and the production output is higher per year. Plastic fabrication has a wide variety of materials, no tooling cost at all, but has very low part output when compared to Rotomolding.